Welcome to my webpage! I teach English Literature in the Department of English Language and Literature at Bilkent University, and am the editor of the Journal of the Northern Renaissance. My research focuses on poetry and poetics, with particular interests in Renaissance, Baroque and contemporary poetry, and the legacy of Petrarch. I am also co-ordinator of the Henrietta Liston: Approaching Constantinople, 1812-1820 project, a joint venture between the departments of History and English Literature at Bilkent University and the National Library of Scotland.

I obtained my PhD in 2012 under the aegis of the Scottish Institute of Northern Renaissance Studies with a thesis on British Baroque Petrarchism, supervised by Alison Thorne. I had previously completed an interdisciplinary MLitt in Renaissance Studies at the same institute, a collaboration between the Universities of Edinburgh, Glasgow, Stirling and Strathclyde. I also hold an MA in ‘Literature, Culture and Modernity’ from Queen Mary University of London (QMUL), and a BA in Philosophy and English from the University of Manchester. I previously studied towards a PhD (unfinished) on contemporary poetry and ecological crisis at King’s College London. 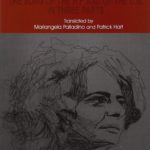 Between my two stints of postgraduate study I had careers outwith academia, as a teacher of English as a foreign language in Italy and at the University of Edinburgh’s English Language Education programme, and as a translator of Italian to English for private clients, including the BBC and the University of Salerno. My  co-translation (with Mariangela Palladino) of the poetry of Elsa Morante, The Song of the H.F. and of the U.M., in three parts, was described as ‘a stunning translation of a difficult and important piece of writing’ in Annali d’italianistica 27 (2009).

I also worked for several years in community safety, firstly as a Community Safety Projects Officer at Lambeth Town Hall in Brixton, London, and then as a Drug Action Team Manager. The latter post was funded jointly by the National Health Service (NHS) and local government, and involved identifying local issues and coordinating initiatives relating to substance misuse, and designing treatment and recovery programs and other interventions to help those affected.