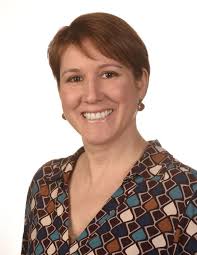 Esra Çuhadar is an Associate Professor at the Department of Political Science and Public Administration at Bilkent University in Turkey and a Senior Fellow at the Inclusive Peace and Transition Initiative at the Graduate Institute, Geneva. She has been Jennings Randolph Senior Fellow at the United States Institute of Peace in 2018, and a Fulbright Visiting Scholar at Fletcher School of Law and Diplomacy at Tufts University during the 2011-2012 academic year. Dr. Cuhadar’s research interests include inclusive peace processes, mediation, track two diplomacy and role of civil society in peacebuilding, evaluation of peacebuilding interventions, negotiation pedagogy, and political leadership.

Before Bilkent University, she worked at Sabancı University in Istanbul. Dr. Cuhadar received her M.A and Ph.D. and an advanced graduate certificate in Applied Conflict Resolution from Maxwell School of Citizenship and Public Affairs, Syracuse University, where she completed a Syracuse University award-winning dissertation in 2005 on Track Two diplomacy. Her research has been published in top academic journals such as Political Psychology, Journal of Peace Research, Computers in Human Behavior, Negotiation and Conflict Management Research, Negotiation Journal, International Negotiation,  Mediterranean Politics, International Studies Perspectives, Turkish Studies and in numerous book chapters. Dr. Cuhadar received one of the Young Scientist Awards (BAGEP) by the Science Academy in Turkey and received research grants from USIP, Sabanci University, TUBITAK, German Marshall Fund, and various government sources such as the Foreign Affairs Ministry of Norway, Finland, and Turkey. Besides her research in peacebuilding and conflict resolution, she has conducted numerous trainings and consultations in negotiation and mediation processes for various groups and organizations around the world. She has been working as a regional mediator for the World Bank in Turkey and Caucasus since 2011 and in the mediation roster of the OSCE since 2015. She was elected as a member of the International Society for Political Psychology Governing Council (2010-2012) and also served as a board member of the European Mediation Network Initiative between 2007 and 2010.